When I took the sorting quiz and it put me squarely in Slytherin, I felt the drop in my stomach, the familiar oh no that Harry himself felt without even knowing why an entire group of people damned by the actions of a few and in the movies they soften it a little but in the books McGonagall - who is my favorite character in all the stories and always has been even before I got old - McGonagall makes the entire house of Slytherin go to their room when the big fight starts at the end of book 7 and I never felt that was fair even though I mean I kind of get it, right, who knows who supports you know who, but they’re just kids and some of them want to fight the good fight, and again an entire group of people damned by the actions of a few I find it telling I find it wrenching I find it compelling so when I took the sorting quiz and all these feelings rushed through me at the reveal of green and silver the snake banner unfurling the inclusion of Merlin to soften the blow, I decided to be part of Slytherin House Reform, a kind of made-up PR department, and my job is to be myself - my sunny funny sweet spoopy self - and then tell you I’m in the house of green and grey because I want to mix you up fix you up remind you that it’s really fucking stupid to condemn an entire group of people because one of them was an asshat - I mean, yes, to be fair, a very big and very bad asshat who had a lot of supporters but he literally fed people to his pet snake so cut the rest of us some slack, yo because I’m kind and I care because I have so much compassion because I’m sweet and I’m fair and if all you do is see the snake you’ll never know what you’re missing #napowrimo2019 #slytherin 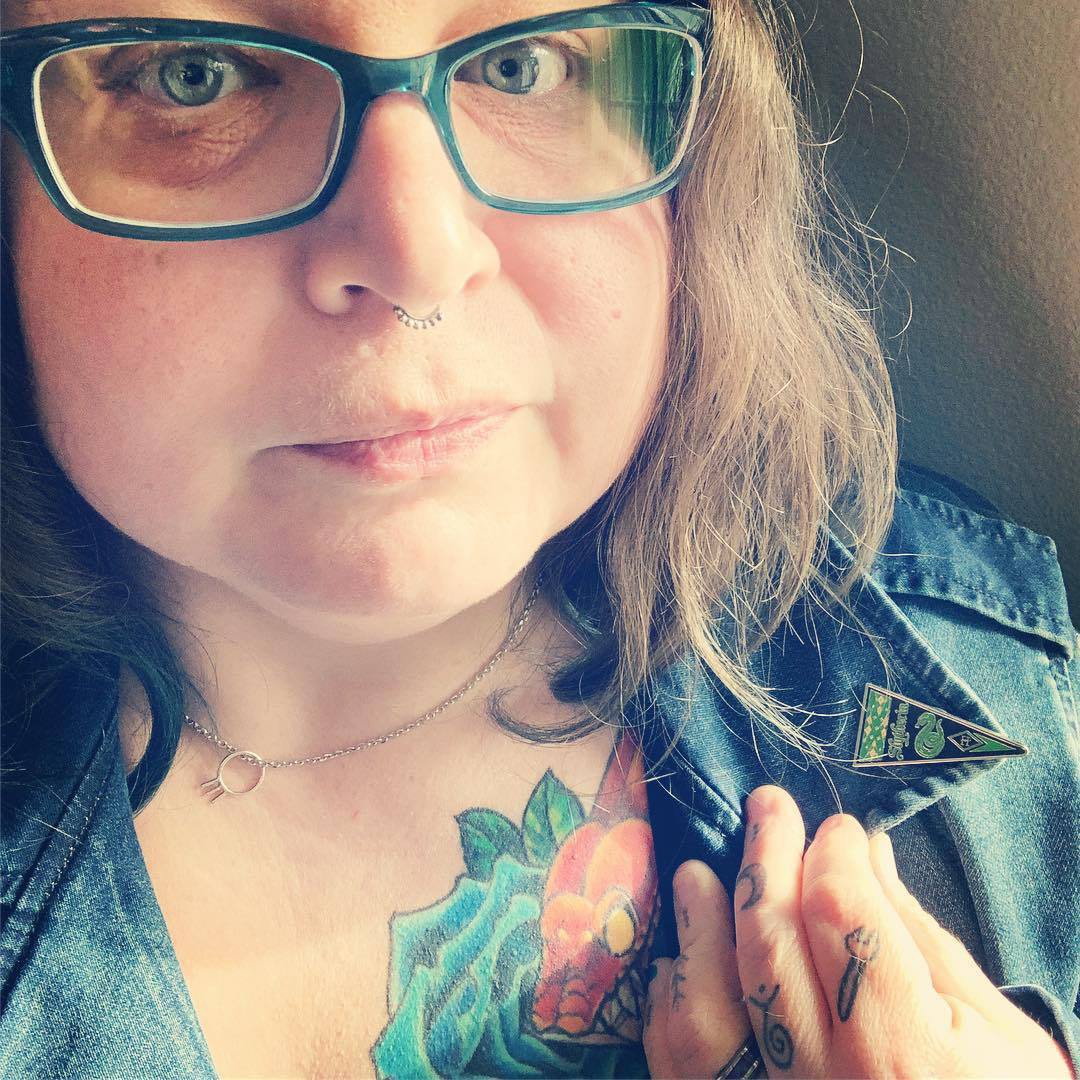